Each and every year we usually celebrate World Environment Day on 05th June. In this, we are highlighting the Ramsar Convention for Wetlands of India.

Wetlands are basically a particular part of the land which is saturated with water and are often found supporting terrestrial animals as well as aquatic animals. But why the wetlands are important?

Wetland helps to reduce food impacts, improves the quality of the air and protects the shores from the action of waves. The kind of animals and plants lives found in or near wetlands are very unique, interesting and are not found usually everywhere. There are so many wetlands in India, and it is very important to recognize such spots so as to be aware of the environment.

Let us take a look of four such wetlands of India, under the Ramsar Convention –

Lake Tso Moriri is located in the Ladakhi part of the Changthang Plateau in the Indian state of Jammu & Kashmir. It is high altitude Mountain Lake and is protected as the Tso Moriri Wetland Conservation Reserve. This lake is situated at the height of 4595 meters above the sea level and covers an area of 12000 ha. Lake Tso Moriri is a breeding ground and falls in migratory route for over 40 species. This lake is very famous for its scenic beauty and also includes a monastery, which is 300 years old at Korzok.

Chilika Lake is a pure salt water lagoon which is spread over the Puri, Khurda and Ganjam districts of the Indian state of Odisha. It is a particular place which we love to visit to witness the migratory birds. Chilika Lake also comes under the Ramsar Convention on Wetlands. This lake is one of the most important spots for biodiversity in India. The Chilika Lake is fed by 25 rivers and rivulets and it is also a highly sensitive region.

Pong Dam Lake which is world widely also known as Maharana Pratap Sagar and Pong Reservoir is the highest earth-fill dam in the Indian state of Himachal Pradesh and were created in the year of 1975. This lake is on the Beas River in the wetland zone of the Siwalik Hills of the Kangra district of Himachal Pradesh. It is basically a water shortage reservoir. The Pong Dam Wildlife Sanctuary is a very good spot for the proper conservation of the flora and fauna and this will definitely provide you the best natural and Himalayan view and ambience, when you visit here. 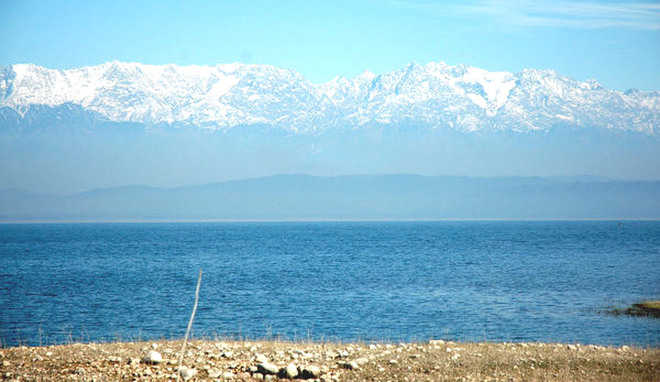